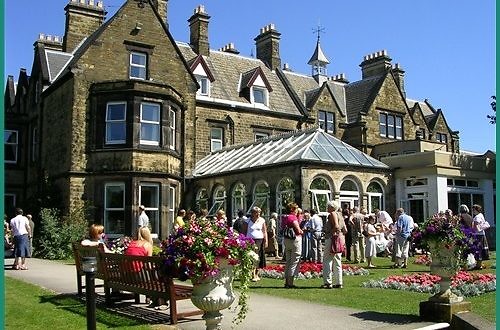 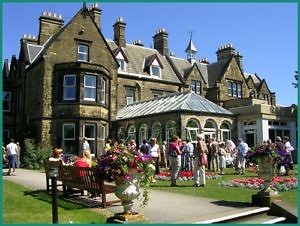 I’ve just posted my booking form for the Grace Baptist Assembly. Hands up those of you know exactly what the Assembly is, or does. No idea? Well, I can’t really blame you. I’ve been going for twenty-five years and I’m still not sure. But I’ll try to make things as clear as I can.

I’ll need to start with some history. There have been Baptist churches in England for nearly four hundred years. But they have always been divided theologically. Many of the earliest Baptist Churches in England were “General” Baptist – ie Arminian. The first “Particular” (ie Calvinistic) Baptist Church we know of was not formed until 1633. (The word “particular” refers to our belief that the Lord Jesus died for particular people – ie his elect). The numbers of Calvinistic Baptist Churches grew rapidly. And from the beginning these churches thought that it was important to arrange conferences where they could discuss matters of common interest, find ways of working together, and encourage one another. More than a hundred Particular Baptist Churches sent representatives to an “Assembly” held in London in 1689. It was that Assembly which decided to republish the Second London Confession of Faith – it has been known ever since as the 1689 Confession. Almost exactly a hundred years later, in 1790, John Rippon began the first Baptist magazine; he was able to list 326 Particular Baptist Churches in England.

In 1813, many Baptist churches across England linked themselves together to form a new denomination known as the “Baptist Union”. The majority of churches in the Union were calvinistic and the Union had a calvinistic basis of faith. But in the years that followed, many of the churches began to tone down or move away from the position they had held. The Union was re-formed in 1830 with a new constitution from which the calvinistic emphasis had been removed. From there on, the Baptist Union became less and less clear in its evangelical faith. As the century went on many BU Churches slipped towards liberalism.

But alongside the BU churches, there were many other Particular Baptist churches which never joined the BU. Many of these continued to thrive and grow throughout the 19th century. God raised up outstanding preachers and leaders in their ranks: men like J C Philpot, John Stevens and William Gadsby. Sadly these churches used much of their energy arguing with each other over doctrinal issues on which they differed. But gradually a group of churches emerged which came to be known as the Strict Baptist Churches. These churches were clearly calvinistic and evangelical. They held a high view of the importance of baptism (hence the word “Strict” – they taught that attendance at the Lord’s Table should be restricted to baptised believers). Sadly, many of them also held to less Biblical doctrines. Many became hypercalvinistic and taught that preachers should not offer salvation to all, or urge all to repent and believe. Many taught that the Ten Commandments should not be thought of as a rule of life for believers. These were serious departures from the teaching of the Bible and the Reformers, but we can still be thankful for the vigour and seriousness that marked many of these churches. Remember, the church in Charlesworth came into being in 1816 as part of that early Strict Baptist movement: William Gadsby was the preacher on the day the church was formed.

At the beginning of the 20th century, there were over 2000 Baptist churches in England. Of these, almost a third belonged to the Strict Baptist grouping. But as the century went on, divisions continued among the SB churches, hypercalvinism undermined gospel life, and there was a steady decline. I’ve written in the bulletin before (Nov 2003) about the way this affected the church in Charlesworth. But what happened in Charlesworth was only what happened in Strict and Particular Baptist churches across the country: a steady slide spiritually and numerically. In 1934, a group of ministers and churches separated themselves from other SBs to form a distinct denomination known as the “Gospel Standard Strict Baptists”, committed to a rigid hypercalvinism. But the same spirit was evident throughout the Strict Baptist movement.

Various attempts were made to revitalise the movement. After the Second World War the National Strict Baptist Federation was formed. A National Assembly of Strict Baptist Churches – ie an annual conference – was established for SB pastors and deacons. But still the movement and the churches languished.

It was in the 1960s that the tide began to turn. Strict Baptist preachers and churches began to shake off hypercalvinism and return to the Christianity of the New Testament and the Reformation. Many of them had been influenced by Dr Lloyd_Jones’s ministry at Westminster Chapel, and by the stream of good books published by the newly-formed Banner of Truth trust. It had been relatively rare for SB churches to have a settled pastoral ministry. But now many began to see the need for regular expository ministry and called pastors. They began to preach boldly that God commands all men everywhere to repent. They found a new concern for evangelism and mission. The publication of the Strict Baptist Affirmation of Faith in 1966 was a defining moment: it’s a fine summary of the historic reformed faith. For the first time for many years there was a circle of SB churches committed to historic experiential Calvinism.

The tide of reformation continued through the seventies. Here in the North-west we saw dying Strict Baptist Churches being revived through the ministries of men like Peter Day in Southport, Dic Eccles in Hebden Bridge, Malcolm Macgregor in Accrington and Trevor Baker in Wigan.

But other things were happening in the sixties and seventies too, outside the circle of historic Strict and Particular Baptist Churches. The Baptist Union had become almost completely Arminian and more and more liberal. A growing number of BU churches realised that the time had come to leave the union and stand as independent calvinistic baptist churches. Under the leadership of men such as Geoff Thomas (Aberystwyth) and Bob Horn (Horley) these churches seceded from the BU. And meantime other churches that had never been known as calvinistic baptist churches were discovering historic reformed doctrine and the importance of baptism. Churches that had been mission-halls or gospel-halls, evangelical but with no particular theological position, began to take a stand as reformed baptist churches. And new churches were being born – either through church-planting work or simply as likeminded believers were drawn together.

So by the end of the 1970s, you had two streams of churches in England, committed to calvinistic doctrine and to baptist principles. You had the old SB churches newly revived, and you had scattered churches which had never belonged to the SB movement but which were just as clearly reformed and baptist.

So what does this have to do with the Grace Baptist Assembly? Well, the Grace Baptist Assembly began as an attempt to bring together these two streams of churches. I have mentioned the National Assembly of Strict Baptist Churches. The NASBC gave opportunity for the SB churches to confer together. In the mid-seventies another annual conference of churches began, in order to provide fellowship for the Calvinistic Baptist Churches which had emerged outside the SBs. It was known as the Assembly of Baptised Churches holding the Doctrines of Grace (the ABCDG). But then in 1979, the committees of both assemblies recommended that and they should merge into “one Assembly which would enable these Churches (ie the churches of both streams) to serve one another”. It was agreed that there should be one assembly open to any church regardless of its historical or denominational background. The only things that were required were (1) that a church should accept the 1689 Confession of Faith or the 1966 Affirmation of Faith and (2) that its members should be baptised believers. And thus the Grace Baptist Assembly was born. It met for the first time in 1980.

It was a year later, in 1981, that a circle of folk in Stockport left a confused church situation and began to meet together. None of us had ever belonged to a calvinistic Baptist church of any sort. But we loved the doctrines of God’s sovereign grace. And we could see from the Bible how important it was to stand by the Bible pattern of faith – baptism – church membership – the Lord’s Supper. And we wanted to have fellowship with other churches which stood for the same truths. We made contact with other Particular Baptist Churches in the North-West and appreciated their encouragement. But we were also glad to know that there was a national assembly at which such churches gathered.

I first attended the Grace Baptist Assembly in 1982. I’ve attended virtually every year since (I missed last year because Vicky was on the way). I go as a messenger – a representative – of this church. That’s the way the Assembly works. It’s not just a gathering of individuals. It’s supposed to be a gathering of likeminded churches though anyone is welcome to attend as an observer. Others from the church have also attended; Anne’s been with me, Carl & Wendy have come several times, Geoff Budgell was there for the first time last year…

There’s something special about the Assembly. It’s not just that we hear moving sermons, listen to thought-provoking papers, join in useful discussions. I can get all those things elsewhere. No, what makes the Assembly special is something which it’s difficult to put a finger on. I think it’s the family atmosphere – we do feel that we are a family of churches together. Yes, we’re all independent. The Assembly can’t make any decisions for us or lay down any rules for us. And yet, we belong together. That’s the great encouragement of the Assembly: the assurance that we’re not alone – that we are linked in fellowship with likeminded churches across the country.

And what is the greatest discouragement? Well it’s simply the fact that so few people go. Almost everyone who does go comes away full of enthusiasm. And yet year by year we struggle to bring together enough people to make it really viable. I’d be surprised if we have more than a hundred folk at the Assembly this year. If that continues to be the case then the Assembly will die. We can’t really claim to be a national Assembly of Calvinistic Baptist Churches unless we do have representatives from churches all across the country.

For me, it would be a great sadness if we were finally to call it a day and dissolve the Assembly. As far as I know, there is no other opportunity for calvinistic / particular / reformed (call them what you will) churches from across the country to meet as churches together. 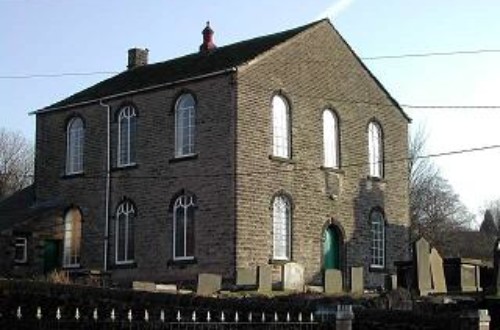 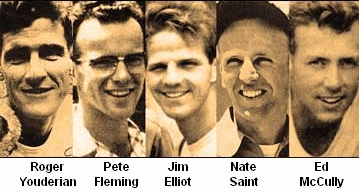 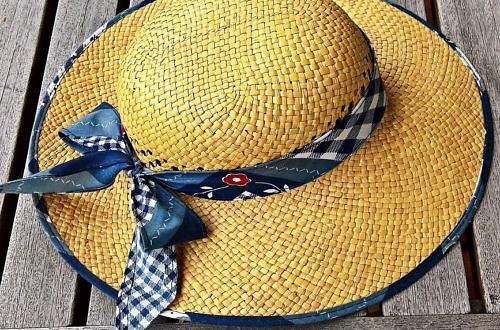