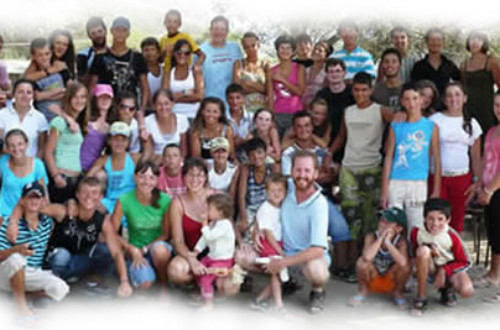 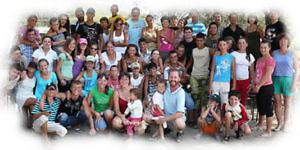 Albania… a wonderful, tragic, beautiful, confusing country. Perhaps the most beautiful country I’ve ever seen. The astonishing blue of the Adriatic sea, the towering mountains, the rivers and lakes, clear as crystal.. there are times when you catch your breath in awe. But oh, the mess. A giant demolition site – broken roads, rusted bridges, crumbling concrete bunkers, piles of rubble everywhere. Hardly a building standing intact. Did it all just fall apart, ruined by the ravages of time and neglect? Or was it destroyed in an insanity of wanton destruction? Both, I guess. Yes, that cafe, that power station were ripped apart in the troubles of ‘97. But long before that, the roads must have been left to crumble, the pylons left to rust. Fifty years of Communist rule under Enver Hoxha left the country poverty-stricken and backward. Six months of anarchy in ‘97 destroyed virtually all that was left.

We spent two days in Berat. An awesome setting, ringed by the mountains. It was an industrial town. Fifty-five thousand people live there. Our host points out the factories where once 8,000 people worked. Today nobody works. Nothing, we’re told, is manufactured in Albania. “What do they do now?” we ask. “They sell bananas at the side of the road” is the answer. Or they run cafes where you can buy spaghetti bolognaise or a dish of chips.

We visited the orphanage in Berat. We push our way through narrow alleys, up a cobbled track, past piles of mouldering rubbish and enter a nondescript building. While we are there the lights go out, leaving us in darkness – another power cut. There are ten children in the home – four lads, six girls abandoned by their parents. We watch them eat their evening meal: a plate of spaghetti.

The director of the home, Aurel, is a remarkable man – around thirty years old. He and his wife Migena have been married a year. We joke with them. “Married a year and you’ve got ten children already..”. He took us up to see the castle which looks down on the town. Five hundred people still live in the castle – there are forty-two churches built into its walls. In the centre of the castle stands an empty shell of a building. It too was once a church. Then in the communist era it became a showpiece restaurant where foreign presidents were entertained. Now it stands desolate. The frames have gone from the windows; the wooden panels have been ripped from the ceiling; the electric cables from the walls. Even the huge ovens in what was the kitchen have been torn apart. But why? It was all destroyed in the troubles of ‘97 when the nation went mad and every man and child armed himself against his neighbour. “But who was fighting against whom?” we ask. “Everyone” he answers. No identifiable armies or parties. Just an orgy of killing and destruction in which everything that could be destroyed was destroyed. During those months the children from the orphanage had to be dispersed. He asked each of the workers from the orphanage to care for one. Each day he walked through empty streets past mutilated and burned corpses, visiting each child in turn, taking wages to the helpers. Nobody has offered him or the children counselling, or compensated him for post-traumatic stress disorder.

Anne and I read together daily from the “One Year Bible”. Our set chapters while we were in Albania were from Isaiah – the prophecies against the nations in chapters 13 to 25. Again and again, there seemed an eerie appropriateness about Isaiah’s words from 2,800 years ago. We looked at the deserted fields and factories and read Isaiah 19: the Lord’s judgements against Egypt. “Those who work with combed flax will despair, the weavers of fine linen will lose hope. The workers in cloth will be dejected, and all the wage earners will be sick at heart..”

We read Isaiah 15 – the exile of Moab and thought of the Kosovar refugees who queued two years ago at the border crossings into Albania. “My heart cries out over Moab, her fugitives flee as far as Zoar… Like fluttering birds pushed from the nest, so are the women of Moab at the fords of the Arnon… Let the Moabite fugitives stay with you; be their shelter from the destroyer..” God’s judgements against nations are real and terrible.

We were in the hotel in Saranda when news broke of the events in New York and Washington. We became aware of a group of excited Albanians gathered round the television set in the bar. As we watched events unfold over the next few days, we found Isaiah speaking for us. “Oh, the raging of many nations – they rage like the raging sea! Oh, the uproar of the peoples – they roar like the roaring of great waters..” “Like whirlwinds sweeping through the southland, an invader comes from the desert, from a land of terror.. At this my body is racked with pain, pangs seize me like those of a woman in labour. I am staggered by what I hear, I am bewildered by what I see. My heart falters..” “I said, ‘I waste away, I waste away! Woe to me! The treacherous betray! With treachery the treacherous betray! Terror and pit and snare await you, O people of the earth.’ “

Today the rebuilding has begun across Albania. After thirty miles of roads no better than cart-tracks, suddenly you will find yourself travelling on a broad motorway for ten miles. Along the water front of Saranda where we got off the ferry, new hotels and apartment blocks are being built. It’s to be the tourist gateway into Albania. We stayed in a very smart, comfortable hotel and watched TV in our air-conditioned room. They’re not used to Westerners. Breakfast was a hard-boiled egg on a plate, a slice of cheese and a cup of warm milk. But once they understood our signals, the coffee was excellent.

Gjirokaster, where we spent the Lord’s Day, is the most wealthy town in Albania – there you will find restaurants and fast-food places as attractive as anything in Manchester. They’ve been built in the last three years. There are goods in the shops if you have money to buy them. There’s an air of confidence and hope. Friends who visited Albania a year ago say that it’s amazing how quickly Albania is being rebuilt. “It’s miraculous”. But the greater miracle is to see God rebuilding his church among the ruins left by atheistic communism.

It was the boast of the communist leaders that in a generation they had eradicated religion from the minds of the Albanian people. Yet through it all, God kept alive a handful of believers to be the seed of a future harvest. When communism fell in 1991, there were still two or three believers left from all who had been converted before the last missionary left in 1944. Again, we read Isaiah’s words about the remnant: “Yet some gleanings will remain, as when an olive tree is beaten, leaving two or three olives on the topmost branches..”

And today that two or three have been multiplied a thousand fold. There are gospel churches in all the major towns of Albania. We looked out from the castle across Berat and asked Aurel how many true believers – adult believers – lived in that city. Perhaps a hundred and twenty-five, he answered. He believes the children in the orphanage have all been saved. I hope he is right. They are happy children who pray in private as well as around the meal table. I felt the tears prick in my eyes when they sang for us He’s Got the Whole World in His Hands.. He’s Got You and Me in His Hands..

I had the privilege of preaching to twenty-five or so earnest Albanians at our conference – mostly young church-leaders and their wives. Many of them had extraordinary testimonies of what Christ has done for them. The very fact that such a conference could be held is an amazing demonstration of the power of the kingdom. Enver Hoxha’s regime is buried in the concrete rubble of the Albania he tried to build. Christ’s kingdom stands unbroken and unbreakable. We sang on our last night in Albania with missionary friends: “So be it Lord! Thy throne shall never, like earth’s proud empires, pass away; Thy kingdom stands and grows for ever, till all thy creatures own thy sway”.

Let Isaiah have the last word: “The oppressor will come to an end, and destruction will cease; the aggressor will vanish from the land. In love, a throne will be established; in faithfulness a man will sit on it – one from the house of David – one who in judging seeks justice and speeds the cause of righteousness”. Amen. 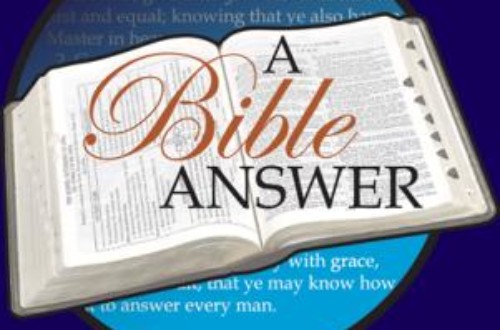 It’s just a lot of mumbo-jumbo? 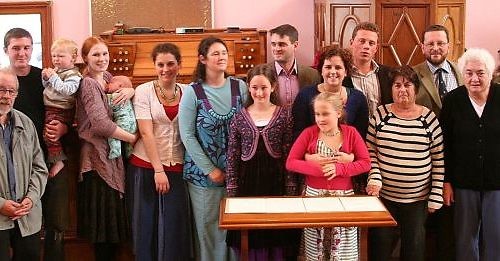 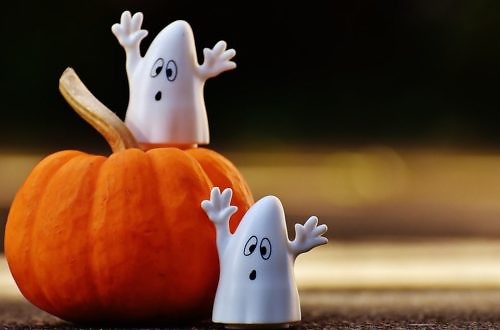