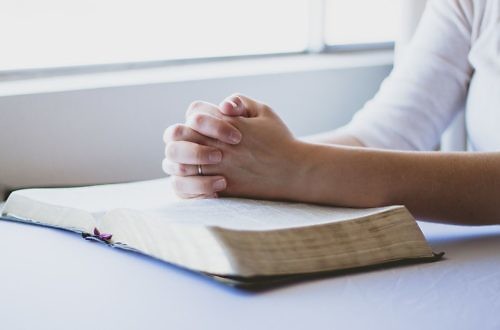 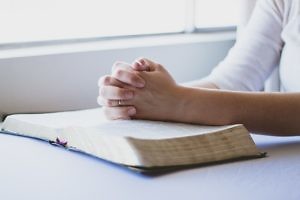 2005 is at an end. For all of us this is a time for looking back. What have we learned over the past year? What work have we done for Christ? What mistakes have we made? What sins have shadowed our walk with God? What blessings am I most grateful for?

As part of my review of the year, I try to list out things I’ve prayed for over the past twelve months. In many cases I find I can say happily, ‘Yes, that prayer’s been answered. I was given what I prayed for’. And I’m greatly encouraged. But in many other cases, I shake my head and say, ‘No, that hasn’t happened. God hasn’t given me what I prayed for’. There are things I was praying for at the beginning of 2005, and now as 2005 draws to its close, they seem as far, or further away as ever. Some of the situations I prayed about have got worse not better over the past year. People whom I prayed would be converted have become harder and more unreachable. Backsliders whom I prayed would be restored have sunk deeper into worldliness and sin. It would be easy to become very discouraged, remembering all those requests I’ve put to God which have gone unanswered.

How do we account for unanswered prayers? How should we react when we pray for definite things from God, and it seems they’re not granted? There may be many reasons why things we’ve prayed for in 2005 have not been granted. Let me suggest three.

Firstly, our prayers may have been hindered by unrepented sin. There are conditions that must be fulfilled if we are to pray effectively. James tells us, ‘the prayer of a righteous man is powerful and effective’ (James ch 5 vs 16). The psalmist wrote, ‘If I had cherished sin in my heart, the Lord would not have heard me..’ (Psalm 66 vs 18).

Some of us don’t need to look for any further explanation for unanswered prayer. We know that it’s our own unconfessed, unrepented sin that has been the problem. We can take to heart Isaiah’s words: ‘Surely the arm of the Lord is not too short to save nor his ear too dull to hear. But your iniquities have separated you from your God; your sins have hidden his face from you so that he will not hear’ (Isaiah ch 59 vss 1-2). For us, that list of unanswered prayers should drive us to repentance and renewed faith in Christ as the deliverer from sin.

Secondly, we may have been praying for things that it’s better that we should not have. Perhaps the most striking example of this in Scripture is Paul’s prayer that he should be delivered from a ‘thorn in the flesh’. Paul struggled with some painful, persistent problem which humiliated and weakened him – probably an individual who attacked Paul and undermined his work. Three times Paul prayed for this ‘thorn’ to be removed. Three times God refused to give Paul what he asked (2 Cor 12:8). But why? Answer: Paul needed that thorn to keep him humble. Looking back, Paul knew that without that thorn he would have become conceited (7). Paul prayed for something good – deliverance from the thorn – but it was still better that his request should not be granted.

Amy Carmichael had brown eyes. As a child she prayed that God would make her eyes blue. He didn’t. She was bewildered and distressed by the unanswered prayer. But later in life, as a missionary in India, she understood. Her dark brown eyes made it easy for Indian children to accept her as a mother figure. In her sari she looked Indian herself! She knew then that God was good and kind in refusing her childhood request.

So when Paul prayed to be set free from the thorn, were his prayers a waste of time? Should he never have prayed those prayers? When Amy prayed for blue eyes, were her prayers simply rejected by God? No. When we go to our Father in prayer, though he may not give us what we ask for, he takes up our prayers and uses them to give us something better. Paul was not given freedom from the irritating thorn: instead God gave him humility, extra grace and greater usefulness in service. Amy was not given blue eyes, but she was given the opportunity to mother countless Indian children.

Some folk pray for many years that God will give them a marriage partner. And he doesn’t. But they look back at the end of their lives and give thanks that God gave them grace to cope with lifelong singleness, and that they’ve had freedom to do work for him that they couldn’t have done if they had been married. And they say, ‘it was better’. Some folk have prayed that God will give a beloved child safety from accidents, and yet that child has died tragically. But it’s been through the death of the child that others were awakened to seek the Lord. And the grieving parents have been given grace to say, ‘God has given us a greater gift than we asked for’.

Maybe you’ve been praying for something definite all through this past year. Maybe you’ve been praying for it far longer – 10 or 20 years. Should you give up now? No, of course not. If it still seems a good, God-honouring thing to pray for, carry on praying until God makes it plain beyond doubt that it’s not for you. And though at the end of the day, he may never give you the exact thing you asked for, your prayers won’t have been wasted. You’ll find that he gives you something far better. You may not recognise it here in this world, but in eternity you will see that your prayers were rewarded more richly than you imagined.

Thirdly, God may still intend to give you exactly what you’ve been asking for, but there is some reason why he has been keeping you waiting.

Maybe it is simply to test your faith.  It is easy to ask for something once, twice, half a dozen times. But to keep on asking when there is no sign that God is listening, that is a real challenge. To keep asking year after year in the face of constant discouragement, takes God-given faith. God is teaching us persevering faith. Remember what we read about the Canaanite woman who asked Jesus to heal her daughter. He ‘answered her not a word’ yet the disciples reported, ‘she keeps crying out after us..’

Maybe it is to increase your desire for the thing you’re asking for. If our children ask us for something and we refuse, often the result is that they want it more! In just the same way, my experience is that the more often God refuses me something I’ve asked for, the more desperate I become to have it. And the more joy I feel when it’s ultimately given. Gifts given quickly are quickly forgotten. Gifts long desired, asked for, waited for, are treasured.

Maybe it is because there is some other work that God has to do first, before he can answer your prayer. No doubt, Joseph in Egypt longed and prayed that he might see his family again. But there was much work that had to be done both in Joseph and in his brothers before that good thing could be granted. Joseph had to be matured through years of suffering. All Joseph’s brothers, and especially Judah had to be humbled. If God had allowed Joseph to come home straightaway, the family feud would just have continued. As it was, when Joseph met his brothers again, he met men who had been wonderfully changed, men whom he could forgive, trust and love. God fully intended to answer Joseph’s prayers, but not until the time was right.

Perhaps we’ve been praying for some great blessing for a long time. Perhaps we should ask, ‘is there something else that God must do first, in myself, in ourselves?’ You’ve been asking God to remove illness. And thus far he hasn’t. Then pray ‘teach me first the lessons you want me to learn through illness – and then make me well’. We’ve been praying ‘Use this church for the salvation of many people’. Yet we’ve seen few answers. So let’s pray, ‘Lord make this the sort of church to which you can safely add babes in Christ, and then grant us those new believers’.

I’ve listed three reasons why our prayers may seem to go unanswered. Do they explain every situation? No, of course not. Every believer can think of situations for which there seems to be no explanation. Some of us have to live with the memory of prayers that we prayed over many years which apparently were never answered. Perhaps you prayed earnestly, believingly, perseveringly for your brother to be converted, and he died unrepentant. Perhaps you prayed earnestly that God would bless a particular church – and the church was torn apart by division and closed. Here in this world, you may never understand why your prayers apparently went unanswered.

The important things is to keep praying! Lack of understanding mustn’t prevent us from believing and obeying. Jesus said, ‘Ask and it will be given to you. Seek and you will find. Knock and the door will be opened to you. For every one who asks receives..’ Let’s take that command and that promise into the New Year. 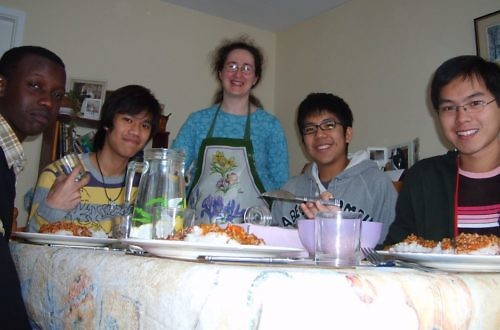 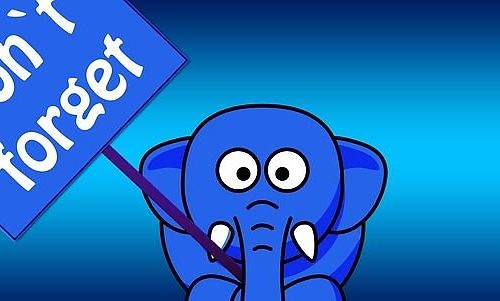 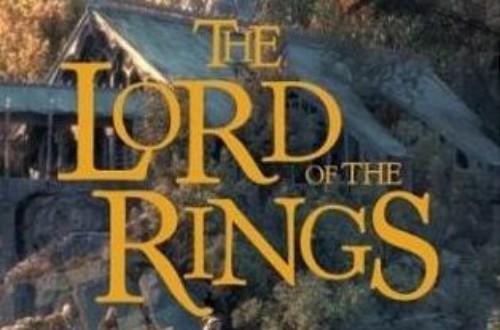 It means what it says