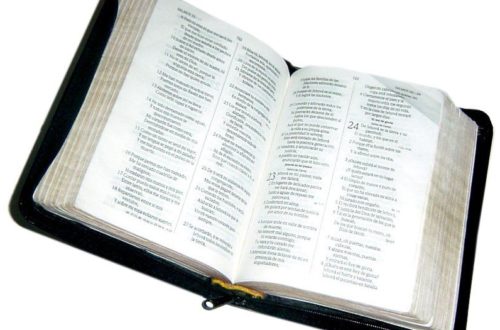 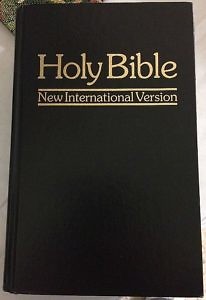 For many years we have made use of the New International Version. I bought a copy when it was first published back in 1978.  When this church began meeting in 1981, we used it from the beginning.

Some people can get very het up on the issue of bible translations. There are groups of Christians who argue vigorously that we should never use any translation except the Authorised (King James) Version of 1611.  They believe that all modern translations are corrupt and unreliable. They think that God guided the translators of the AV in a way that he never has and never will guide any others.  Such groups publish an endless streams of pamphlets and books arguing their position.  They offer a directory of “sound churches” – ie churches that use the AV only.  Some say that it is better not to attend church at all than to attend a church which uses a modern translation.  I know of one church which has the statement in its trust-deed: “..the present authorised version of the Old and New Testaments are the only revelation of the Will of God.”

Well, obviously I don’t agree with such folk.  Their arguments seem to me not just wrong but silly and dangerous.  They are dangerous because they are a denial of the sufficiency of Scripture.  We believe that God has told us in the Bible everything we need to know in order to please and serve him.  But God has not commanded us anywhere in the Bible to use only the AV.  He has never said that we are restricted only to one translation, let alone telling us which translation to use.

The AV-only campaigners suggest that you cannot be a faithful Christian without using the AV.  But where does the Bible itself say such a thing? If the AV-only people were right, no-one before 1611 could really know God’s will or do his work properly!  Even today, no-one can have a truly reliable Bible, unless they can read English!

Sometimes we are told that the people who produced the AV were truly godly men, whereas all the modern translations have been tainted by liberalism and heresy.  Historically, this is nonsense.  The fact is that the AV was sponsored by one of the most evil men who ever reigned in England, King James I, an enemy of evangelical Christianity and a practicing homosexual.  The main reason why he was eager for a new translation was that he hated the translation that most Puritan (ie evangelical) believers used – the Geneva Bible.  The Geneva Bible was too consistently Protestant for his liking!  Most evangelical Christians refused to use the new AV.  The Pilgrim Fathers, for example, refused to take it on the Mayflower to America.

Don’t misunderstand me.  The AV was a great achievement. The translators who worked on it were fine scholars for their day, and they succeeded in turning the Bible into beautiful English.  I was brought up on the AV and even now I find it easier to quote some passages from the AV than from any modern version.  If anybody says to me “I prefer to carry on using the AV because I love it”, I have no argument with them.  I only start worrying when they say that everyone else should use it too.

The facts are these:

1.  Modern translations are based on much more accurate Hebrew and Greek texts than the AV translators had available in 1611.  They translated the NT from a Greek version edited chiefly  by Erasmus (a Roman Catholic!).  Erasmus only had access to a handful of very late Greek manuscripts.  (In fact, for the closing verses of Revelation he had no Greek manuscript at all – he had to invent his own Greek version from the Latin Vulgate).  By contrast, modern translators have access to thousands of Greek manuscripts of the New Testament, including some that are far older than anything Erasmus could consult.  Likewise, we now have Hebrew manuscripts of OT books, a thousand years older than the oldest copies the AV translators could use.

2.  Modern translators know far more about the Greek and Hebrew languages than the AV translators ever did. During the past five hundred years, countless scholars have spent lifetimes researching these languages.  Sometimes, for example, the AV translators came across an unfamiliar  word and had no idea of the meaning.  They could only guess!  But since 1611, researchers have found the same word used in scores of other books, and can show exactly the way the word was used.  There are far fewer mistakes in modern translations than in the AV.

3.  There are passages where the AV is simply impossible to understand. Not just because the language is old-fashioned, though that can be a real barrier, but because the AV translators couldn’t make any sense of it themselves.  Take Zech 9:1-4 for example, “The burden of the word of the Lord in the land of Hadrach, and Damascus shall be the rest thereof: when the eyes of man, as of all the tribes of Israel, shall be toward the Lord. And Hamath also shall border thereby; Tyrus, and Zidon, though it be very wise. And Tyrus did build herself a strong hold, and heaped up silver as the dust, and fine gold as the mire of the streets..” Can anybody explain just what that means?

So for all those reasons I think the AV has serious flaws. I wouldn’t want to use it as my only or even my main Bible translation.  It’s simply not accurate enough or clear enough.

Having said that, let me emphasise that it is still an accurate enough translation to be used by God to save people and to teach them his will.  A person who used nothing but the AV would miss the meaning of some passages, but he would still find the message of salvation clearly taught.  And if he studied his AV faithfully, he would learn how to live a holy life.

Yes, some are better than others.  Some versions (eg J B Phillips/Living Bible) don’t aim to be accurate translations – they are very loose paraphrases. The NIV is readable and easy to follow but it’s not the most accurate when it comes to details.  I often find I have to correct it when I’m preaching.  Too often the NIV translators paraphrased instead of translating.  They put down what they thought the passage meant instead of what it actually said.  (So, for example where Paul wrote the word “flesh”, very often they say “sinful nature”.  In Romans 8 vs 9, Paul wrote: “But you are not in the flesh but in the Spirit”.  The NIV has “You, however, are not controlled by your sinful nature but by the Spirit”.  Well that may be what Paul meant, but it wasn’t what he said!).  I wouldn’t recommend the NIV for detailed study – a translation like the NKJV or the NASB is far better.

And by the way, beware of a new version that’s due to come out soon.  It’s called Today’s New International Version.  And it deliberately rewrites the Bible to fit with politically correct ideas.  So, for example, where Paul wrote “Brothers..” , the TNIV will say “Brothers and sisters”.   Don’t buy it by mistake, thinking it’s the version we use.

I’m very impressed by one translation that’s come out in the last year or so.  It’s called the English Standard Version.  It’s both accurate and readable.  I’m using it more and more.  And if you manage to buy an American edition, you’ll get the whole Bible free on CD Rom as well!

Some people will try to draw you into arguments about Bible translations.  Don’t get involved. Instead, just be grateful that we have so many excellent translations to choose from! Remember, there are people in many parts of the world who don’t have the Bible in their own language at all.  And make sure you get the maximum benefit out of whatever version you are using! The Bible was given to us to teach us holiness, not to argue over. 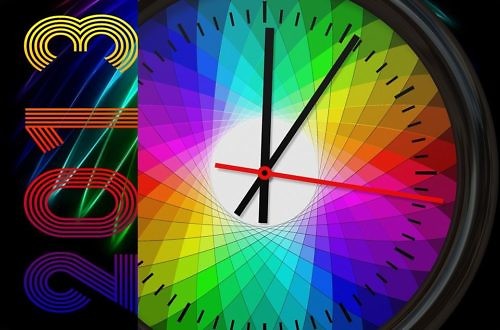 The Calendar: a gift to you from God 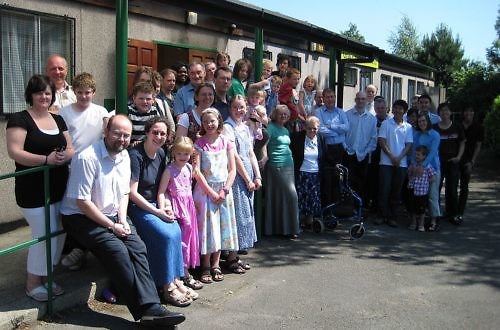 Our greatest needs as a church