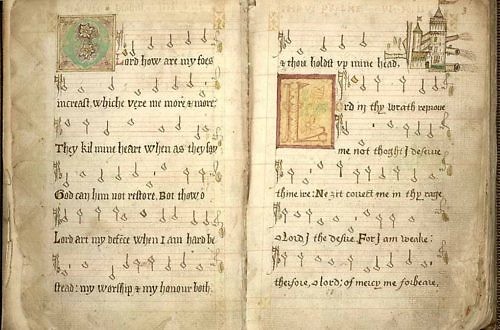 On Sunday evenings we’ve started studying the psalms together. I’m planning to cover the first twenty or so.  So far we’ve looked at two.

We’ll read each of the psalms of course.  But I also want us to sing them.  The psalms were never intended just to be read, either silently or aloud.  They’re not merely poems – they are songs. The book of psalms was the hymnbook of ancient Israel.  So, if aiming to get the full impact of the psalms, emotionally as well as intellectually, it’s important that we sing them together.

Of course the way we sing them is going to be very different from the way that the ancient Israelites sang them.  They sang them in Hebrew; we sing them in English. The poetry they wrote was very different from what we’re used to.  They rarely used rhyme, and never used what we would think of as metre.  And we simply don’t know what ancient Hebrew music sounded like.  We don’t have any recordings of David playing his harp!

So when we sing them, we make use of the sort of poetry and music that we’re used to in the modern western world.   We’re used to songs with lines of fixed length, with regular metres, and usually with rhymes.  So ideally, we need people to translate the Hebrew psalms into English versions in that style. Different translators have tackled the job in different ways. 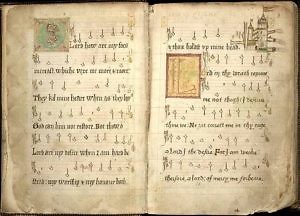 Some translators have make it their goal to produce psalm versions that are very close to the wording of the Hebrew originals.  Probably the best known versions along these lines have been the “Scottish psalms”, a complete collection authorised by the Church of Scotland in 1650.   They are still used and loved by many churches, especially Presbyterian churches.  And some of them are known to all of us:

The Lord’s my shepherd, I’ll not want
He makes me down to lie;
In pastures green he leadeth me
The quiet waters by… (Psalm 23 vs 1)

The men who produced these versions believed, as we do, that every word of Scripture was inspired by the Holy Spirit.  That’s why as far as possible they wanted their English versions to be exact word for word translations of the Hebrew psalms.  Of course they didn’t always succeed – sometimes they had to rewrite a phrase or a line in order to make the rhymes fit.  But we should honour them for the reverence they showed for God’s inspired word.

So are we going to be singing from the Scottish Psalter on Sunday evenings as we work through the psalms? No, we’re not.  The fact is that many of these Scottish psalms are simply unsingable.  The language of course is old-fashioned.  But that wouldn’t worry me too much.  So are the words of many of our hymns.  It’s worse than that.  In order to produce their word for word translation, the writers had to twist the English in the most unnatural ways.  And the result is that many of their versions are simply ugly.  Take this:

Because of th’ en’my’s voice, (= the enemy’s voice) and for
lewd men’s oppression great:
On me they cast iniquity.
And they in wrath me hate… (Psalm 55 vs 3)

A version that makes a beautiful psalm sound ugly can’t be called accurate.  It may be accurate in wording, but the whole feel of the psalm has been destroyed.

I’ve looked at other “literal” versions, but most of them have the same problem.  Even great poets like John Milton, when they turned to translating the psalms, turned out versions that sound contrived and unnatural.  Here’s an example:

Thy land to favour graciously
Thou hast not, Lord, been slack;
Thou hast from hard captivity
Returned Jacob back….  (Psalm 85 vs 1)

Of course some people have tried to produce literal versions in more natural and flowing English.  I’ve often used in my own quiet times an Australian Psalter: The Complete Book of Psalms for Singing, published by the Presbyterian Church of Eastern Australia.  Many of the psalm versions in that book were written by the editor himself but he’s also searched out the best from many other versions.  His goal has been to give us a collection of psalms, translated as literally as possible but in reasonably contemporary English, with fairly natural word order.  And some of them are very good.  But in order to do that, he’s decided to give up on rhyme.  Most of the versions in the book are unrhymed.  And for a modern English congregation, I just don’t think that works.

O LORD, in wrath rebuke me not;
nor in your hot rage chasten me.
O LORD, have mercy, I am weak;
O LORD, restore me, my bones shake.
My soul is greatly terrified,
and you, LORD, how long will you be?  (Psalm 6:1-3).

Other translators have gone down a different road and turned to paraphrase.  For years I’ve made use of The Book of Praises: 70 psalms for singing today, published by Carey Publications.  It’s a collection of modern psalm versions by gifted hymn writers such as Timothy Dudley-Smith, Christopher Idle and David Preston.  Many of the items from that book are also to be found in recent hymnbooks such as the Praise! hymnal: that book includes versions of all 150 psalms, along the same lines.  Some of them are quite excellent.  But most of them are a long way from the what the psalmists actually wrote.  They tend to be hymns based on the psalms, rather than translations of the psalms.  Often a psalm that runs to fifty or sixty verses is shortened to thirty or so lines.  Sometimes in fact, it would be hard to guess which psalm you’re supposed to be singing.  Here is the opening to Psalm 34 in Timothy Dudley-Smith’s version:

Tell his praise in song and story,
Bless the Lord with heart and voice;
In my God is all my glory,
Come before him and rejoice.
Join to praise his name together,
He who hears his people cry;
Tell his praise, come wind or weather,
Shining faces lifted high.

Compare it with the words of the AV, the ESV or the NIV and you’ll soon see what I mean.  It’s a fine hymn, but it’s not Psalm 34! 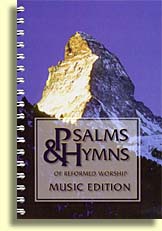 A third option, chosen by some translators, has been to produce “spiritualised” versions, where the psalm is interpreted in New Testament terms. Most of the versions in the Metropolitan Tabernacle hymnal (Psalms and Hymns of Reformed Worship) fall into that category.  The truths that remained hidden in Old Testament times are made explicit.  David is made to sing with the voice of the apostles.  Psalm 72 becomes:

Jesus shall reign where’er the sun,
Doth his successive journeys run;
His kingdom stretch from shore to shore,
Till moons shall wax and wane no more.

Isaac Watts and Charles Wesley did it supremely well.  James Montgomery and Philip Doddridge also wrote some magnificent versions.  And I love them.  I think we do need such versions of the psalms: versions which are a New Testament commentary on the text.

But I don’t think we can start there.  Before we can explore the New Testament fulfilment of the psalms, we first need to understand them in their Old Testament context. On these Sunday evenings, I want us to sing what the psalmists actually said, not what they would have said if they had lived in New Testament times.  I want something that’s fairly close to a literal translation.  If we can’t sing word for word what the psalmists wrote, I want us at least, to sing a version that follows their ideas, thought for thought.  And then when we’ve done that, by all means let’s go on to sing about Jesus Christ and how he fulfils all the hopes and expectations of the psalmists.

So, which book shall we use to sing the psalms on these Sunday evenings? 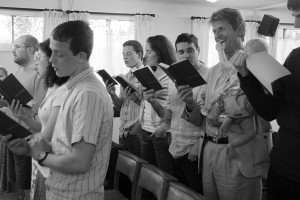 So, that’s why last Sunday night we gave out those bulky yellow binders.  If we can’t find a book that meets the need, we’ll have to produce our own!   Each week, God willing, we’ll add to the folder suitable versions of the psalms we’re studying.  A few years back, I preached a series on the psalms entitled “Songs in the Night”.  I began to write my own versions of the psalms then; I’ve been doing it ever since.  I have in hand versions of around 65 psalms including all the 20 we’ll be studying.  I don’t pretend they’re all great but let’s see how they go!

I’ve tried to strike a balance between accuracy and natural English. Some of my versions are very literal, following the Hebrew text almost word for word.  Some are a little looser, paraphrasing sentences or rearranging the order of lines within a verse.  Most are somewhere in between.  But they’re all intended to be real translations of the psalms, not just hymns based on psalms.  If they’re not word for word, I’ve tried to make them at least thought for thought.  When we’ve sung them, I hope you’ll all feel that you’re that much more familiar with what the psalm actually says.

One problem for us today is that many of the psalms by our standards are very long.  And if we want to be true to the originals, that means that we’ll be singing versions much longer than we’re used to.  We may have to split up a psalm like Psalm 18 and sing it in two or three sections to make it digestible.  But if the Lord had wanted his people only to sing songs of half a dozen verses, that’s surely what he’d have given us in the psalms. 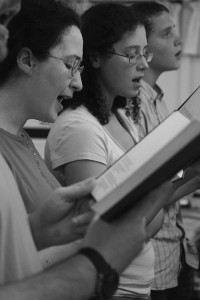 So we’ll have our fairly-literal versions.  And then alongside these, we can add to our folder some of the spiritualised versions of Watts, Wesley, Montgomery and the rest. I’ve not found a good one for every psalm, but we’ll keep looking!  What we’ve done for the last two weeks has been to sing the literal version before the sermon, and then, when we’ve looked at the psalm and seen how it’s fulfilled in the New Testament, we’ve sung a spiritualised version.  We may not follow that pattern every time but there will be times when that seems appropriate.

And then of course, when this series is over, we won’t throw the binders away.  As the months and years go on, we can add to it further psalms, and also favourite hymns that aren’t in Grace Hymns. Over the years we’ve published a lot of splendid hymns in this bulletin (“But it’s not in Grace Hymns…”).  It would be good to have them in a form where we can sing them regularly.  So, if you want to recommend a favourite hymn that isn’t in Grace, feel free.  I estimate that those binders should hold around 500 songs.  How long will it take us to build up a collection of 500 songs worth singing?

Churches need to sing all sorts of songs. Paul tells us to “address one another in psalms and hymns and spiritual songs, singing and making melody in your hearts unto the Lord…” (Ephesians 5 vs 19).

I believe that there should be a small number of hymns that we sing again and again and again until we know them by heart, and they become part of us.  But it’s also good to sing something new from time to time, so that we’re startled by a fresh insight, a fresh phrase, a fresh way of expressing the same unchanging truth.  “O sing unto the Lord a new song!” (Psalm 98 vs 1).

Let’s pray that God will help us to sing these new songs (or songs new to us) in a way that enriches us, and brings glory to him. 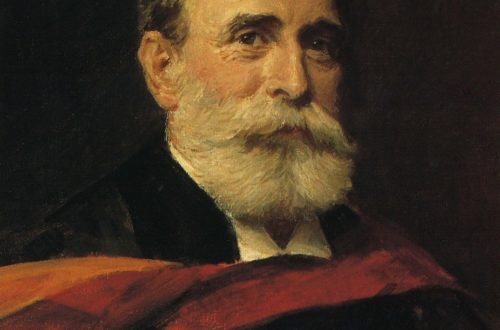 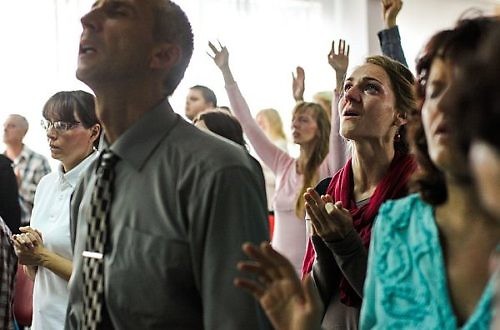 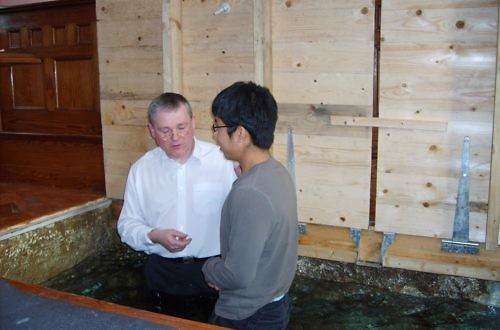