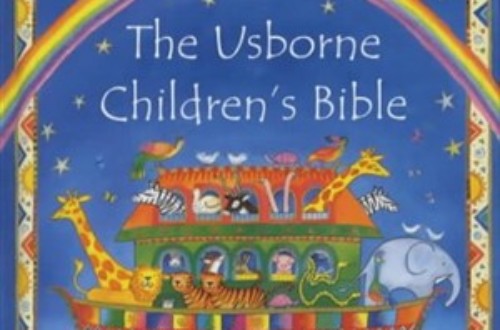 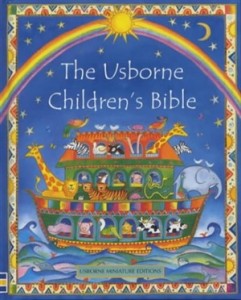 I’ve been searching the internet.  I wanted to buy a present for some Christian friends.  They  live in an Eastern European country, have been married five years,  and have two small children.  I was looking for a book they could use to introduce their children to the Bible: a “children’s Bible”, or at least a book of Bible stories.  I thought that if I could find the right book, it would help them settle into a pattern of daily family worship.

Happily, there’s no shortage of Christian resources in their language.  I was soon able to find a website that listed attractive looking Bibles and Bible storybooks.  Altogether I had half a dozen to choose between.  But I quickly realised I had a problem.  The website allowed me to see sample pages from the books.  And every book on offer included pictures of the Lord Jesus.

No, no no.  I will not give a child a picture of the Lord Jesus.  For that matter, I won’t invite a grown-up to view a video in which an actor plays the role of the Lord Jesus.  I’m glad that I was never offered the opportunity to watch dramatisations of Jesus’s life.  I wish that as a child, I had never been given pictures of him.  And I won’t inflict them on anyone else, young or old.

The problem with pictures

The fact is, we don’t know what Jesus looked like.  And that’s no accident.  God didn’t want us to know.  We have in the Bible four accounts of the life of Jesus, written by eyewitnesses, or at least based on the testimony of eyewitnesses.  Yet not one of them included one sentence describing the Saviour.  Was he tall?  Was he bearded?  Was he balding?  Did he have regular features?  Did he have big feet?  They never say.

Apparently it never occurred to them that Christians would want to know what he looked like.  Or if it did occur to them, they decided that Christians were better off not knowing.  Either way, if we believe that God inspired the gospel writers to write exactly what they wrote, we have to say that God did not want us to have any impression of Jesus’s appearance.

Why not?  Answer: if you give a fallen human being a picture of the Lord Jesus – whether it’s a picture in a story-book, or a picture in the mind’s eye – he will be tempted to admire, love, and, yes, worship –  the figure he sees in the picture. Why is that so serious?  For two reasons.

What is idolatry? Paul tells us in Romans chapter 1, verses 22 to 25. It is worshipping creation rather than the Creator. But Jesus’s physical body, with all its distinctive features, is part of the creation. Even if we did know what Jesus looked like, we would be forbidden to worship his human appearance.

When the gospel writers gave us their picture of Jesus, they showed us the things that really should move us to worship him.  We should be worshipping him for his infinite power, goodness, purity, wisdom, grace, truth –  God’s attributes perfectly displayed in a human life.  We honour Jesus for those attributes.  We are best not having any picture in our minds of what he looked like physically to distract us from the things that really matter.

If we admire and love the Jesus we see in a picture, our love and admiration are being given to an imaginary person.

I’m sure you’ve all had the experience of getting to know somebody through letters or through phonecalls. Someone has rung you up and introduced himself over the phone. You’ve learned about his interests, his circumstances, his sense of humour, his character – all without seeing his face. If you’re wise, you won’t try to imagine what he looks like. Because if you do, you will start to relate to that imaginary person, rather than the real person. And if ever you do meet the real person, face to face, you may have a shock! All along you had pictured Professor Jones as an other-worldly intellectual with ascetic features, peering over his rimless glasses. And now you’re facing this burly, red-faced fellow, built like a prop forward. You imagined Mrs Smith as a broad-faced Yorkshire matron. And now you’re shaking hands with this waif-like young lady whose face betrays her Oriental descent. Your relationship has been built on illusion.

Jesus doesn’t want us to know anything about what he looks like.  He wants us to trust him because of his character without ever asking, “what does he look like?”  He wants us to love him for his works of grace, not for the colour of his eyes.  Simon Peter (who had seen Jesus) told his readers, “Though you have not seen him, you love him.  Though you do not now see him, you believe in him and are filled with joy that is inexpressible and full of glory…” (1 Peter 1:8).  Our love, our trust, our joy must be stirred not by Jesus’s physical appearance, but by all that God has revealed  about him in the Bible.

…you say, when people see pictures or films of “Jesus”, they must know perfectly well that it’s only an artist’s or an actor’s imagination?  Just because artists picture Jesus with golden hair, or blue eyes, we don’t actually imagine he looked like that, do we?

You may be right.  Some folk may be able to keep a clear line between the picture and the reality.  But why create even the slightest risk of idolatry?  Why plant any picture of Jesus into children’s minds?  Once a picture has been created, it’s very difficult to erase.  Many years ago, I watched the film Chariots of Fire: the inspiring story of Eric Liddell, Christian athlete and missionary to China.  Liddell – horse-faced and bald – was played by a good-looking, charming, debonair actor called Ian Charleson.  And now, when I read anything about Eric Liddell’s life, it’s Charleson’s face I see.  Likewise for friends who have watched Shadowlands, C S Lewis has Anthony Hopkins’ face; Joy Davidman has been transformed into Debra Winger.

Well it may not matter too much if my picture of Eric Liddell is based on an illusion.  Or if somehow Margaret Thatcher’s been repainted with Meryl Streep’s features.  But surely it matters a great deal if my impression of Jesus Christ, the Son of God, has been mixed up with a figure created by an artist’s imagination.  Do we want our children to have a true view of Jesus printed on their hearts by the Holy Spirit?  Or an illusion of Jesus printed on their imagination by Hollywood?

I want my children to have an impression of Jesus on their hearts.  But that doesn’t mean having an imaginary picture of him in their minds.  It means knowing in their hearts what he’s really like.  I want them to be overwhelmed by Him: by his awesome holiness; his terrifying purity; his infinite love.  Paul wrote to the Galatians: “It was before your eyes that Jesus Christ was publicly portrayed as crucified…”  (Galatians ch 3 vs 1).  Had Paul held up a painting of the crucifixion in front of them?  Had he shown them a video?  No, he had simply told them the story of the cross – just as we have it in the gospels, devoid of any description of Jesus’s appearance.  And the Holy Spirit had done the rest.  Paul’s hearers knew what Jesus was like – not what he looked like but who he truly was, and what he had done for sinners.  And they were broken, drawn, saved, by what they saw.  Isn’t that what we want for ourselves and for our children?

Amy and the children 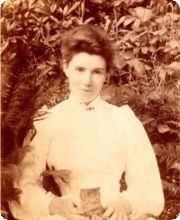 Amy Carmichael, missionary first to Japan, and then India, saw the issues clearly.  Other missionaries took it for granted that pictures of Jesus would help people (especially children) believe.  She herself as a child had been impressed by a very beautiful picture of Christ which hung in her home.  But one day, Amy heard a little Japanese girl talking about the magic lantern pictures the missionaries planned to show that night:

Later, she realised that it was not just in Japan, that pictures of Jesus were unhelpful:

“When converts were given, we found that unless they were taught to do so, they did not want pictures of the Lord Jesus Christ”.

And she explained to the girls under her care why she never showed them such pictures:

“You who have been brought up without them, know when you do happen to see them, how much less beautiful such pictures are than the one the Holy Spirit has shown you… We may safely leave the blessed Spirit to show to the people to whom we speak, something ‘far more beautiful than that’.

You will see, I think, how much more this casts us upon the Lord, the Spirit, when, for example, we are telling of the Crucifixion.  A picture would greatly help to make it clear.  But I know as we trust the Spirit He does not fail us.  I have told that awful story to many a woman and to many a child who have never heard it before.  And I have seen what He can do, and what He does.  O blessed Holy Spirit, forgive us if we have ever doubted Thy power to take of the things of our Lord Jesus Christ and shew them to us, and unto all.”

She’s right.  We put aside the pictures.  But then we start to pray.  We pray for the Holy Spirit to take up the old, old story and make it new and powerful to the hearts of all who listen.  Do you pray for the children in the Sunday school?  We decided long ago that we would never use material which included pictures of Jesus.  But do you pray that the Holy Spirit will show Jesus to the children, as he really is?    Do you pray for our preachers as they preach the glories of Jesus?  I’ve been preaching through Luke’s gospel.  Have you been praying that the Holy Spirit will give us a vision of Jesus’s  majesty?   If we throw away the pictures, how vital that we pray for the reality.

You’d be surprised how hard it is to find good material – especially children’s material – which is free from unhelpful pictures.

When you do come across good stuff, don’t keep it to yourself.  Let us know, so that it can be made available to others in the church, and especially to parents who are looking for helpful resources to use with their children. 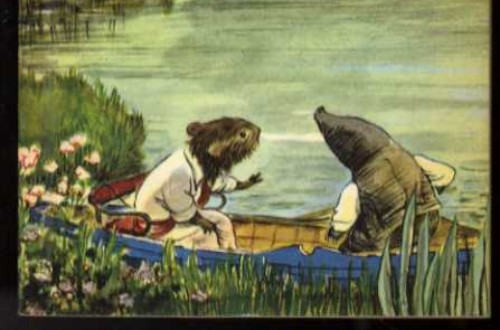 What shall I read? 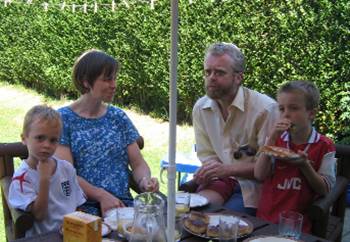 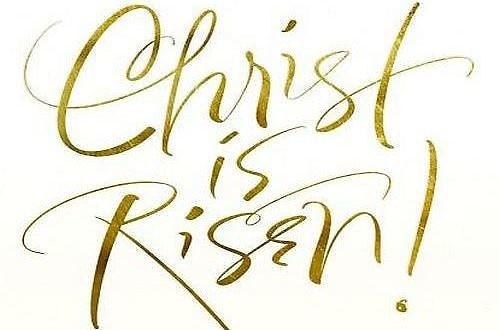