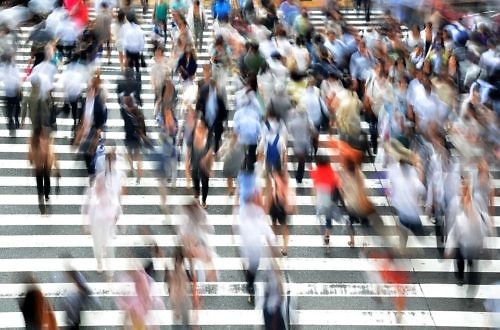 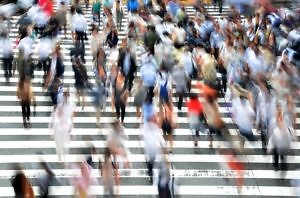 I’ve decided to devote this letter to a subject that you may feel you don’t want to read about. Yet it’s a subject that none of us can avoid.  As a child, I had never heard of homosexuality.  I presume the preachers I listened to skipped over certain Bible passages – or maybe I simply wasn’t tuned in to what they were saying.  In my teens I became aware that there were people who had this strange attraction towards their own sex.  But I had never met anyone who admitted to being homosexual.  It was never touched on in TV or radio programmes.  And frankly, I had no idea what homosexual people actually did together.

How different things are now!  Children in schools are taught in sex education classes that homosexual practices are perfectly normal: a matter of lifestyle choice.  And they learn just what those practices are, in explicit detail.  Giant posters on the hoardings advertise TV dramas about homosexuality.  In fact every soap opera – even the Archers – has to have its quota of homosexual characters.  Police forces have a stated policy of recruiting homosexual officers.  I’m sure you could name a string of openly homosexual politicians, sportsmen, actors.  One of the front-runners in the Tory leadership stakes is openly homosexual.  Manchester has a ‘gay village’ – which has become one of the key tourist attractions of the city.

Until 1967, homosexual practices were illegal in the UK.  Doctors and psychiatrists viewed homosexuality as a mental illness that called for treatment.  Today, anyone who says publicly that there is anything abnormal about homosexuality is liable to be investigated by the police for ‘hate-crime’.

Last week, the Co-op Bank informed a Christian group that they must close their account, on the ground that the group discriminates against homosexuals.  The bank’s spokesman, it was reported, said that ‘anyone who regarded homosexual acts as sinful had no place banking with the Co-op at all.’

What are we to make of all this?  I want to say five things.

Firstly, homosexuals like all people are made in the image of God

Though  the image has been  damaged in them as it has been in all of us.  They should be honoured, respected, valued and loved as human beings, regardless of what we think of their behaviour.  Homosexual people are welcome to sit in the public services of our church in exactly the same way as anybody else.  My home is open to thgoodem as it is to anyone else.  I don’t know who will read this letter.  Maybe you yourself are homosexual, but struggling with loneliness. Well, you’re welcome to visit my home, to meet my family, to join us at our meal-table. I hope we’ll become good friends.

I find it strange that that needs to be said.  Because surely it’s obvious.  Even if I weren’t a Christian, that would seem common-sense.  Most atheists will tell you that the purpose for which sexuality ‘evolved’ was to make reproduction possible.  In homosexual people, sexual desire has been diverted from its biological purpose into a completely unnatural channel.

But you don’t have to be a biologist or physiologist to recognise how unnatural homosexual practices are. The male body is wonderfully adapted for union with the female body.  But homosexual practices involve using the body’s organs in ways for which they’re clearly not adapted at all. They are an abuse of the body.

Now of course, with my Bible open, I would say that the reason male and female bodies are so wonderfully adapted to each other is because God created them for one another.  And the adaptation of male and female to each other isn’t only at a physical level.  Psychologically, intellectually, emotionally, men and women were created for partnership with one another.  The Lord God made the first woman out of the first man.  She’s his ‘missing rib’ – he’s not complete without her.  And God’s pattern is that ‘a man will leave his father and mother and be united to his wife, and they will become one flesh’.  That was the purpose for which human sexuality was designed: to bring one man and one woman together as ‘one flesh’.  A relationship between two people of the same sex cannot compare with that.

Any deliberate rejection of God’s pattern for life is sinful.  And the Bible explicitly tells us that homosexual behaviour is sin.  Notice I say homosexual behaviour.  A man may feel attracted sexally to other men.  That is unnatural – something has gone wrong somewhere.  And it is temptation – a temptation he must run away from. But the feeling is not itself sinful.  What matters is what he does about the feeling.  If he cherishes it, plays with it, stirs it up, gives way to it – that is where the sin begins.  The moment he is aware of that attraction he must make it his business to kill it.

Perhaps the strongest condemnation of homosexuality in the Bible is found in Romans ch 1.  Paul tells us there that it is a sign of God’s wrath against society when he hands people over to homosexuality.  ‘God gave them over to shameful lusts…the men also abandoned natural relations with women and were inflamed with lust for one another.  Men committed indecent acts with other men..’ He speaks with special horror and almost amazement at the fact that ‘even their women exchanged natural relations for unnatural ones..’ But that passage isn’t alone.  Passages such as 1 Corinthians 6:9-10, 1 Timothy 1:9-10,  2 Peter 2:6-7, Jude 7 all spell out the same message.

Some folk have tried to argue that homosexual people cannot be held guilty for their acts since ‘sexual orientation’ isn’t a choice. Some claim that it has a genetic root, others that it’s due to experiences in the womb or in early childhood.  And in that, they may be right. But according to the Bible that is no escape-route.  The fact is that we are all born with twisted and misdirected desires.  But we cannot use that to justify sinful actions.  A woman who inherits a foul temper will still be held guilty if in a rage she kills someone.  A man who argues that his childhood experiences have left him with a desire to abuse children can still be condemned – even in a human court – if he gives way to that desire.  According to the Bible, the fact that we are born with a bias towards sin only adds a further depth to our guilt: ‘Against you, you only have I sinned and done what is evil in your sight…surely I was sinful at birth, sinful from the time my mother conceived me..’ (Psalm 51:3-5).

Homosexual people are often the most sad and wretched people imaginable.  That’s one reason why I won’t use the word ‘gay’.  The word was hi-jacked by homosexual activists to disguise the sheer misery of their lifestyle.

Homosexual behaviour, especially between men, is physically destructive.  It is simply impossible to do the acts that are common between homosexual males without damaging the body.  If you want details, ask any GP about the homosexual men who come into his surgery and the internal damage that they’ve inflicted upon one another.  According to the research studies that I’ve consulted (mostly done in the USA or Canada), the average life-expectancy of actively homosexual men is around 40. One study claims that only 1% live to be 65 or older.  Hepatitis A, hepatitis B, a variety of venereal diseases, depression, and of course AIDS: all these things go with a homosexual lifestyle.

Homosexual behaviour is emotionally destructive. Again the research studies are sobering.  We’re told that 30% of homosexual men are alcoholics; 50% will have a history of alcohol abuse, 40% will be addicted to drugs.  Four out of ten will have suffered acute depression.  Three out of ten will have thought of committing suicide.

The majority of homosexuals will never know the contentment of a stable, faithful relationship.  Only 10% of homosexual men claim to have stayed with a partner for more than three years.  Six out of ten will be having sex with strangers regularly.  Hence the heart-breaking sight of anxious looking men hanging round public toilets or parks at twilight looking for one more short-lived fix.  It is not uncommon for a homosexual man to have had more than a thousand sexual partners.

That brings me to my fifth point.  We have good news for homosexual people.

We preach to them the same good news that we preach to everyone else.  Jesus Christ died for homosexuals – just as he died for liars and cowards and cheats and gossipping old ladies.  The guilt of countless homosexual men and women was transferred to him and he was punished for every one of their shameful acts.  He took the shame on his own head.

So now I can say to every lonely, lost, aching homosexual, ‘Come to the Lord Jesus Christ and be washed clean.  He promises forgiveness to all who come to him, a new beginning: ‘If any man -or woman – is in Christ, he – or she – is a new creature.’  Jesus Christ wipes away the past, and more than that, he comes to live within the man or woman who trusts him’.

Many homosexual men and women have come to Christ and found it’s true.  Some have found that their old desires have been taken away completely.  Their ‘orientation’ has been reversed.  Some have been able to get married, have children, put the past behind them completely.  Others continue to struggle with the old desires.  But Jesus Christ gives them strength to resist those desires day by day.  The battle goes on, but they experience daily victory.

The New Testament tells us that there were homosexual people in the first churches who found forgiveness and new life through Jesus Christ.  Paul wrote: ‘Do not be deceived: neither the sexually immoral nor idolators nor adulterers nor male prostitutes nor homosexual offenders nor thieves nor the greedy nor drunkards nor slanderers nor swindlers will inherit the kingdom of God.  And that is what some of you were.  But you were washed, you were sanctified, you were justified in the name of the Lord Jesus Christ and by the Spirit of our God’ (1 Corinthians 6:9-11).

Every saved sinner is a miracle of grace.  God grant that we may see such miracles in the days ahead. 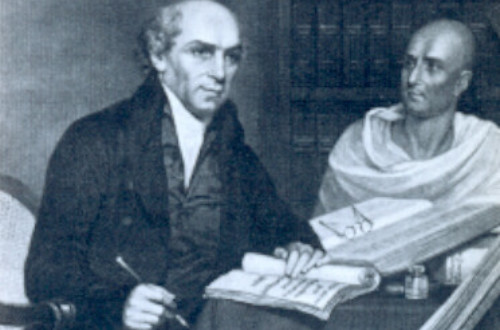 What is a missionary? 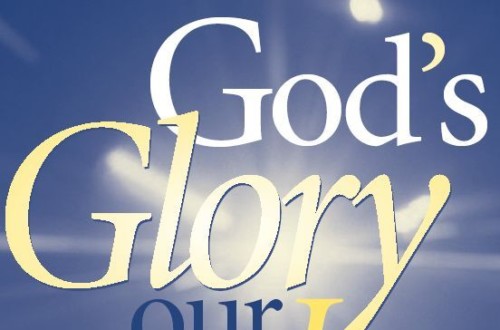 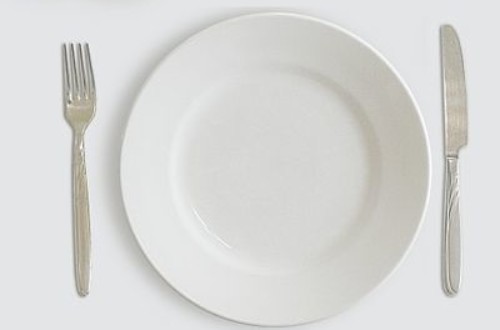